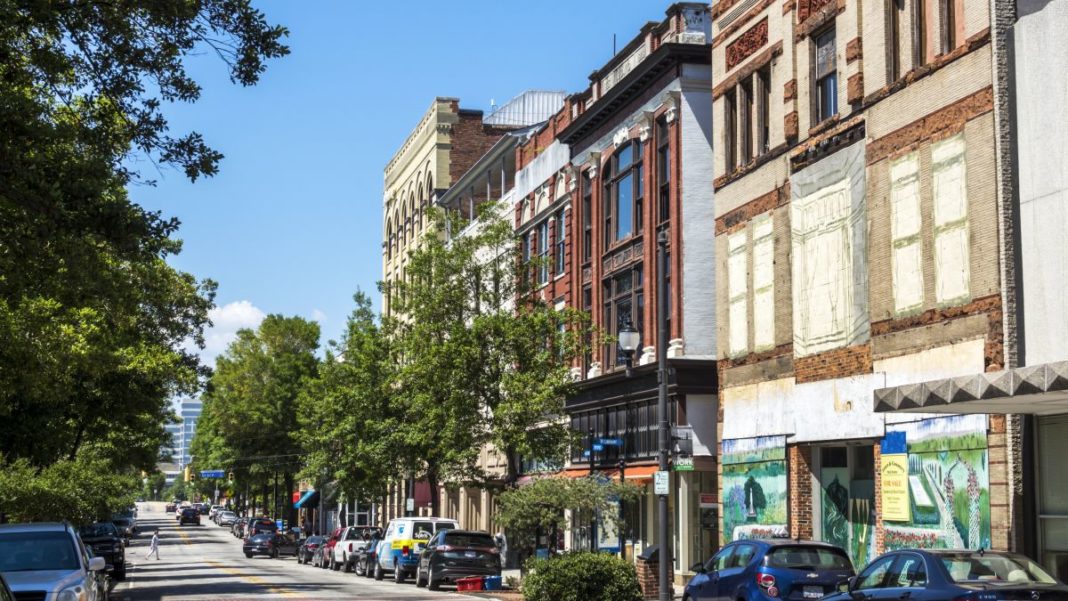 In working with entrepreneurs throughout North Carolina over the last 20 years, I have always heard about the FOMO of angel investors and venture capitalists described like this….While investors hate losing money in a startup deal that doesn’t work out, what they REALLY hate is looking foolish by missing the winning startup deal in their backyard when there is an IPO or an acquisition. (FOMO is the Fear of Missing Out.)

Well, most local people who could have invested in the early days of nCino did not get in on the closely held deal. You can tell the ones who did by the smiles on their faces since the IPO in July had the largest one day increase of an opening day stock in 20 years.

I have heard the regret of investors that missed out on NextGlass/Untappd and PlayerSpace before they recently had successful private equity deals and acquisitions.

I think it is safe to say that the Wilmington investor community has been conservative. Local investors have traditionally looked outside of the region to areas where the deal flow has a richer history. This mindset is typical of a Southern coastal city if you talk to Savannah and Charleston. But Charleston shifted when BenefitFocus and Blackbaud had big profitable exits through IPOs. I was proud to see that the former/dormant IMAF Cape Fear Angel Fund was one of the early investors in NextGlass/Untappd. I remember Dallas Romanowski on stage at the Coastal Entrepreneur Awards when he proclaimed that Untappd was part of their portfolio. The fund made a smart investment in proven serial entrepreneurs, George Taylor, and his son Kurt, before they grew the company to 125 employees.

Today, there’s a new set of entrepreneurs we’re working with to attract those investors who lost out on nCino, Untappd and PlayerSpace. We have new resources for entrepreneurs and more people moving into Wilmington with proven skills in scaling startups and high-level venture capital experience. NEW, in partnership with CIE and Genesis Block, has just landed a grant from NC IDEA Foundation to launch a structured program for local entrepreneurs that could more than double their chances of long-term success.

One way we help local entrepreneurs is by partnering with outside organizations that work with the best entrepreneurs in the state. In the last seven years, we have built relationships with CED, NC Tech Association, NC IDEA and First Flight Venture Center in Durham. We have also worked with the Launch Place in Danville, Virginia, an incubator with a fund for startups that was created when that city sold their publicly owned hospital much like the sale of the New Hanover Regional Medical Center.

Wilmington has historically struggled to build what are called ‘Hard Science’ or ‘Deep Tech’ startups like those in biotech, life sciences, medical devices, or wearable “Internet of Things” products. So we have developed a new partnership with RIOT, or the Raleigh Internet of Things. RIOT offers a 12-week accelerator program and is currently accepting applications through December 21.

RIOT is exciting because they have 80 corporate sponsors who pay to have an early look at the technology developed by these startup entrepreneurs. Sponsors include some of the biggest companies in North Carolina as well as SAS, IBM and Cisco.

Two of our local startups made the cut for the RIOT Accelerator in the past year, Brilliant Sole and OpiAid. Brilliant Sole has wearable sensors that go on your feet to help with balance issues and has applications in healthcare, military and gaming. (Disclaimer – My Angel Network WALE is an investor in Brilliant Sole.) OpiAid is working to solve one of Wilmington’s biggest problems with opioid abuse. They will partner with a wearable device product to alert family and friends when an individual is showing biometric signs of wanting/needing an addictive substance and provides time to intervene. OpiAid also just received a $276,000 grant from National Institute of Health (NIH).

These are just two examples of young companies emerging in our region. We have been working behind the scenes on statewide committees to boost the profile of Wilmington and our startups. This work continues to have benefits as Wilmington was recently ranked the third best startup ecosystem in North Carolina behind the Triangle and Charlotte and one of the Top 100 Entrepreneurial Ecosystems in the world by Startup Genome.

Jim Roberts has worked in entrepreneur development for 20 years in Charlotte, Asheville, Durham and Wilmington. Jim was the founding executive director at the CIE, restarted the Coastal Connect Startup and Capital Conference, started Network for Entrepreneurs in Wilmington (NEW), Wilmington Angels for Local Entrepreneurs (WALE) and led expansion of Bunker Labs into Wilmington. Jim also has his own podcast called 3 Sips of Advice. Jim serves on several state committees for NC IDEA, NC Tech Association, CED and 1 Million Cups.

Tough Love for the Entrepreneurs Can Hack the Complacent Startup Ecosystem

One of Wilmington’s success stories, Lapetus Solutions is growing international sales to Asia